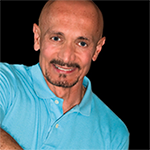 Tommy is a photographer and film director originally from Ohio. And because of his background, he brings a distinctive style to his photographic work. With over 25 years of creating music scores, feature films, broadcast commercials, theatre, and creative photography, Tommy has learned how to tell a "story" with each photograph and video he creates.

He brings a fresh and dynamic approach to the art of photography and filming.

Plus...he knows exactly where those beautiful locations on Hilton Head Island are hiding!